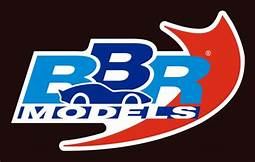 The 400 Superamerica was a two-seater sports car built by Ferrari from 1960 to 1964. It was produced in two series, tailored to the demands of the customer.

Were also built unique models, called Superfast II, III and IV. The great majority of the specimens were coupes.

It was the first Ferrari car whose name did not take origin from the unit displacement, ie the volume of the individual cylinders, but from that total, which was in fact about 4000 cc.

All of the model car was developed in Italy, in our lab here in Saronno and assembled by qualified personnel with decades of experience.