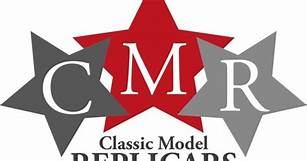 Henry Ford II wanted the Ford Motor Company to race at Le Mans from the early 1960s. Winning races promoted car sales, as the racing circuit was followed by the younger crowd of car enthusiasts.
The GT-40 MK I first raced in May 1964 at Nurburgring and onto  Le Mans, but the cars retired early due to mechanical problems. After a series of unfavorable results, Carroll Shelby was asked to join the program. As an accomplished race car driver the team manager, Shelby knew how to get results. The Shelby American team made its first entry at the 1965 Daytona 2000.
[cancel]